Bishop Harvey to African-Americans and those who live in fear: We stand with you 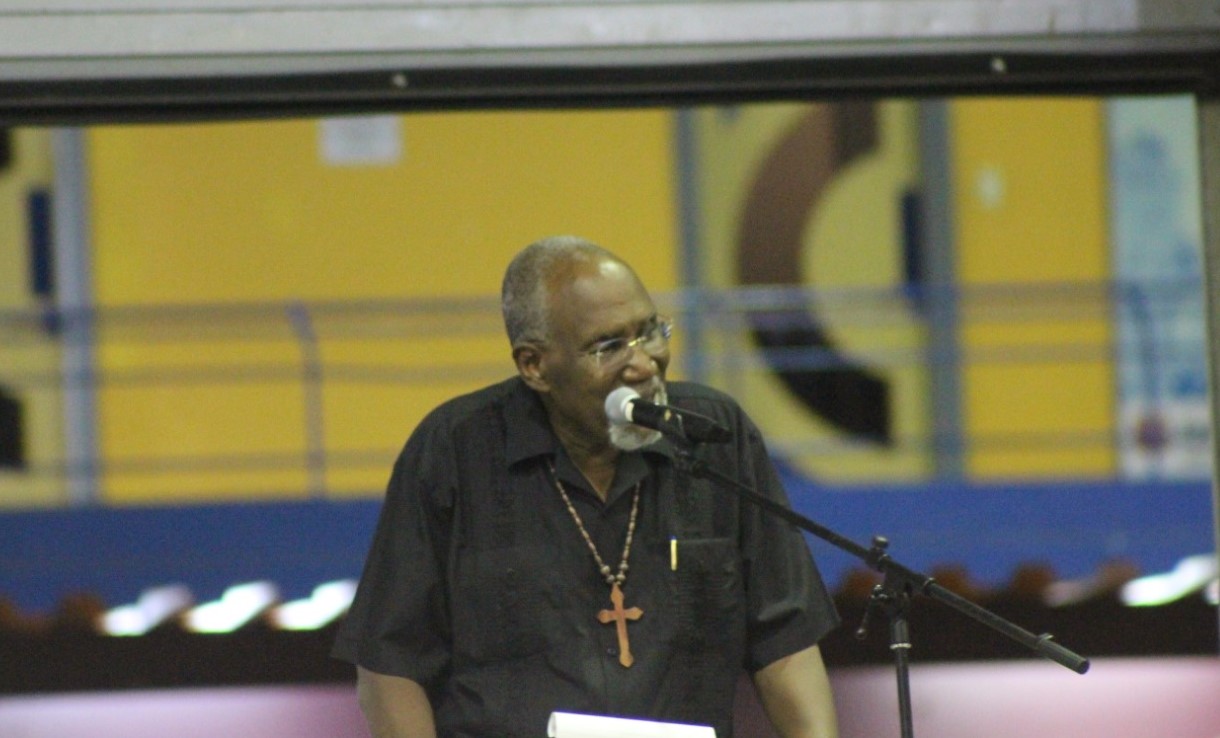 “…When we see a knee on a neck, we ought to be outraged.”

So said Bishop Clyde Harvey of St George’s-in-Grenada as he expressed solidarity with the people in the United States of African descent who are “deeply hurt” over the death of George Floyd at the hands of a police officer May 25. Protestors have marched in the US for six consecutive nights over the death of Floyd, despite curfews being placed in various states. Their anger over the murder of the unarmed black man has now spread worldwide.

A CNN report said that over the weekend, demonstrators gathered in London, Berlin and Auckland, among other cities, to protest against police brutality in solidarity with the US crowds.

In a three-minute, 21-second clip circulating on WhatsApp, Bishop Harvey, speaking at Mass over the weekend said “and when we look at what is happening in some other countries, it can move us to anger but it also, I hope, move us to pray”.

He continued, “Anybody who is African America and not hurt, something’s wrong. And we who are not African America but who are of African descent, when we see a knee on a neck, we ought to be outraged,” he said.

Bishop Harvey asserted that the Church stands in communion with all men and women of good will.

He commented that someone pointed out that there seems to be more white people in the demonstrations than African Americans. “And that may be a good sign,” he said.

“But we ask God to be with our brothers and sisters in the United States, in England where we know there has been discrimination as well. And we pray that we might find the leadership and the vision to confront the challenges in whatever way it can be truly effective.”

the young boys who can say that all they want is to grow up to be able to live.

Bishop Harvey ended his message singing ‘We shall overcome someday’.