Bishop John sees many challenges and opportunities in new diocese 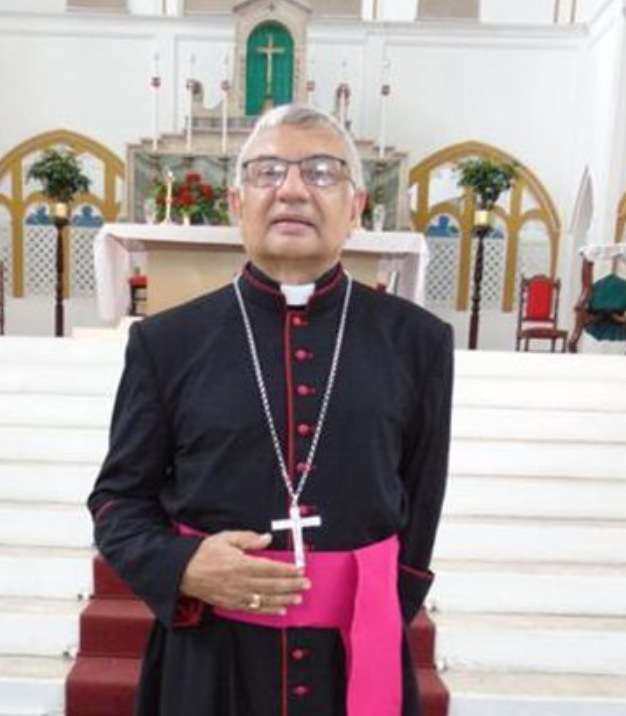 “When someone approached me and said ‘Bishop’, I
used to look around to see who they were speaking
to, but I think I am slowly getting accustomed to the
title”. That was Bishop John Persaud’s first response
to a question about his experience of the transition
from parish priest in Georgetown, Guyana, to Bishop
of Mandeville, Jamaica.

On Friday, June 19, 2020, it was announced that
Pope Francis had appointed the Guyana-born priest
to be the fourth Bishop of Mandeville, Jamaica.
However due to the uncertainties of regional travel
caused by the Covid-19 pandemic he was forced to
remain in Guyana until August 18 when a private
aircraft took him to Jamaica for his ordination. This
was ten weeks after being appointed.

The new Bishop recently paid a short visit to Guyana
mainly to tie up loose ends which he was unable to
complete before leaving. He also wanted to arrange
the packing and shipment of his personal effects to
Jamaica, to meet and greet as bishop, many of the
Guyanese family and faithful, some of whom had
planned to travel to the Jamaica for his ordination
but were unable to do so.

In a short interview with Catholic Media, he said his
new diocese is in the heart of Jamaica with the
Archdiocese of Kingston on one end of the island,
Montego Bay at the other end and Mandeville in the
middle. He says it is a very rural, agricultural region,
a cool, hilly area where bauxite is also mined.
Jamaica is a country of close to three million people
where Catholics make up about two percent of the
population.

communities attached to them. Due to the Pandemic attendance at religious events is currently quite small but the new bishop feels there are opportunities for growth.

There are also a number of private Catholic schools in the diocese from nursery to secondary levels. At present they do not receive any government assis- tance although there is a move to get government assistance provided certain conditions are met.

The diocese also runs two clinics which he says are doing marvelous work offering free medical services mainly to the poor in the community.

While he will be paying attention to religious educa- tion, evangelization and other themes, the new Bishop thinks the church is currently experiencing the effects of priests feeling that they are working alone. One of his initial priorities in his new job therefore, is to create a presbyterate where he and the clergy truly feel and sense that they are working together even though they may be involved in vari- ous ministries and apostolates.

He says he certainly does not want to see his role as Bishop in terms of power and authority but truly through the eyes of service. Drawing on the writings of St Augustine, Bishop John said he would like to keep always before him that he is among the people as one who is a disciple like them and while he shares this discipleship with them I know that I am also bishop.

He strongly feels that he is faced with many challenges, opportunities and joys.

His episcopal motto is “Justice in Love”.