Archbishop Gordon: “You only have one home, and that is here” 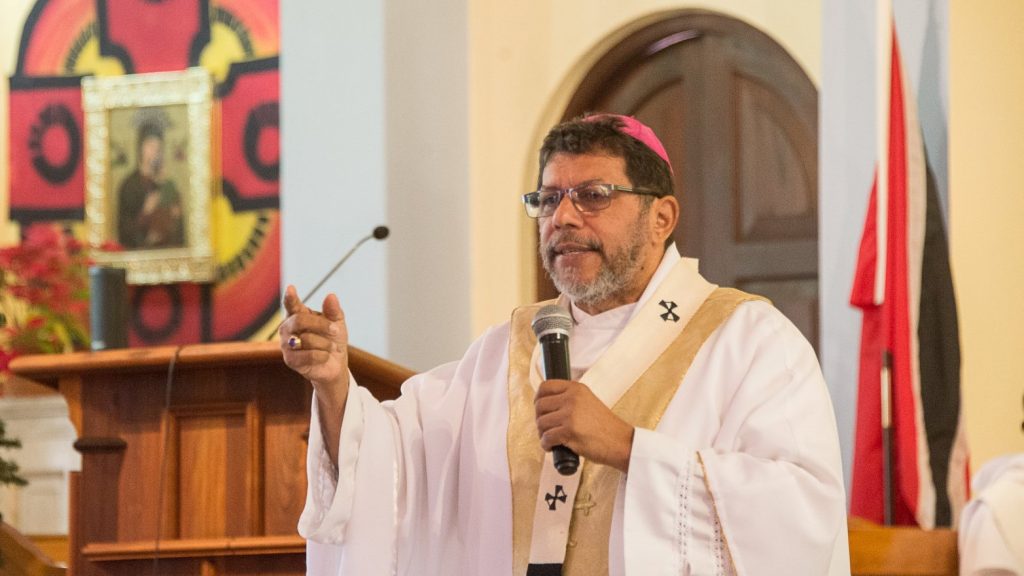 Archbishop Charles Jason Gordon has said he is seeing things that he never thought possible as he shared his views on the recent racist rhetoric circulating on social media. He observed there’s a lot of “heat building up” and this heat has a very “racial tone” that is “very destructive” and “very terrible”.

“You have to call them out and ask them to cease and desist. We cannot have a place for racism in this nation,” Archbishop Gordon asserted.

They however have to be called out from a place of love and mercy because one cannot fight “fire with fire”.

He appealed to citizens not to start fires. Rather, quell the fires and let peace and harmony return to this nation.

Archbishop Gordon opined that it is “absolutely” clear that citizens of this country are “blinded” by race.

He r reminded that all are firstly citizens of one beloved nation regardless of which boat they came on or which trip they made.

“Any hyphenated description you want to put about your being Trinidadian has to be second to the fact that you are Trinidad and Tobago and you are citizens of this nation,” he said.

He mentioned the words of the late Prime Minister Dr Eric Williams that there cannot be any Mother India, Mother Africa, Mother China or any Mother Syria because a mother cannot distinguish between her children.

“There can only be one mother—Mother Trinidad, Mother Tobago and a mother must love all her children equally,” he explained.

There is, he said, a judicial process, a constitution, and laws that govern the country. The process must be allowed to take place.  “Let it come to its conclusion and let us live with whatever the result is,” the Archbishop said.

Statement from the Catholic Commission for Social Justice

The Catholic Commission for Social Justice (CCSJ) is calling on all citizens to denounce racism, which is “a vile worm” that eats at the very soul of the individual and nation. Racism is a sin and should be eliminated in all its forms e.g. individual, institutional, direct and indirect, say the CCSJ.

“Let us not forget the impact of racism on the lives of our ancestors,” CCSJ Chair Leela Ramdeen said in a statement on Thursday.

As T&T’s Independence Day approaches, August 31, CCSJ invited citizens to reflect on ways in which each may have, wittingly or unwittingly through thought, word or action, “fed this socially constructed, hydra-headed monster”.

“And let us commit to root out this evil from our hearts and minds. Indeed, the heart of the matter is in the human heart,” the statement said.

The statement referred to the Catechism of the Catholic Church which says: “Created in the image of the one God and equally endowed with rational souls, all men and women have the same nature and the same origin. Redeemed by the sacrifice of Christ, all are called to participate in the same divine beatitude: all therefore enjoy an equal dignity. The equality of men rests essentially on their dignity as persons and the rights that flow from it.” (1934, 1935, CCC).

As long as racism exists, justice and peace will never become a reality.

“The time is long overdue for us as a people to reject racism and embrace and promote unity in our diversity. We ignore, at our peril, the call of all right-thinking people to do so,” the statement said.