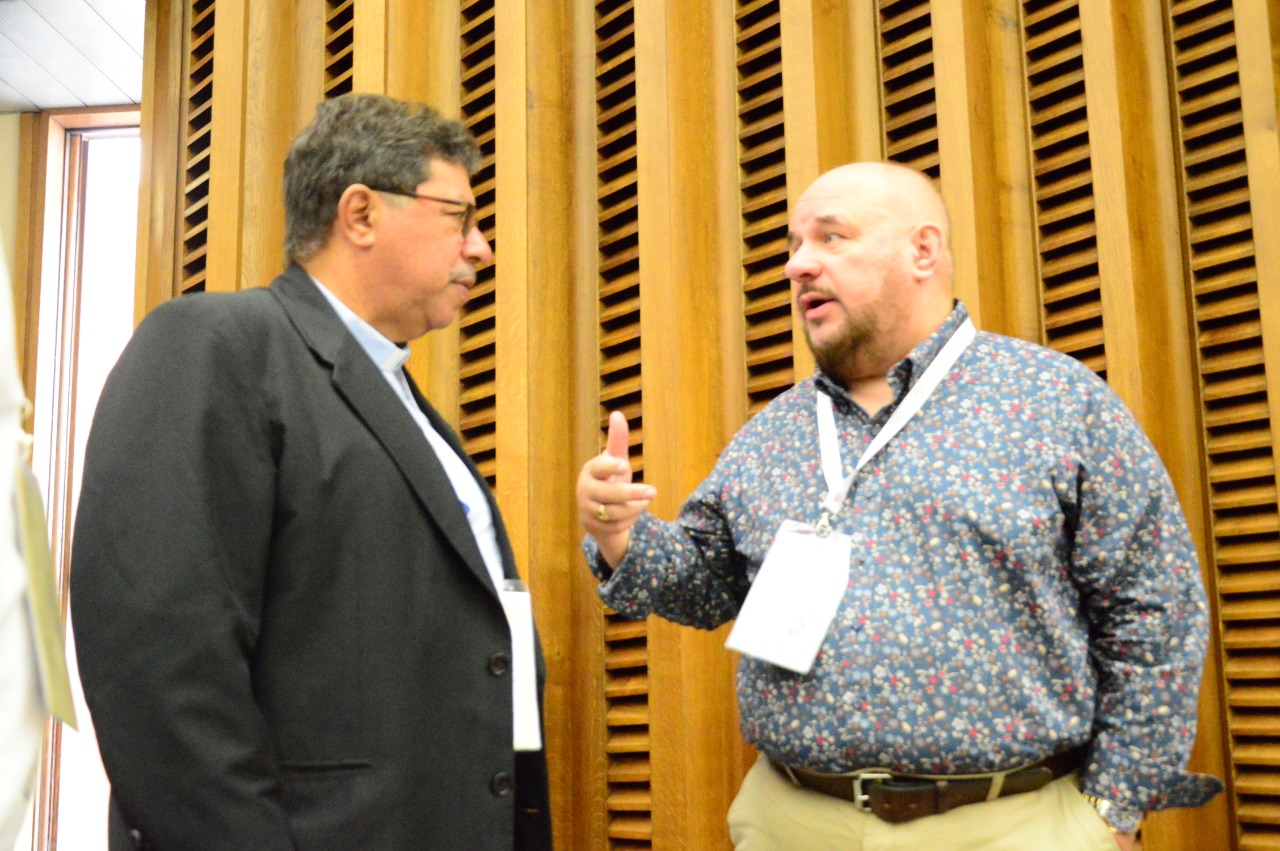 Q: Archbishop J, what is a domestic Church?

At Pentecost 2020 we left the Upper Room to mission the domestic Church. The question lingers, however: What is a domestic Church? More importantly, which families fit into this model?

From the definitions given by the Church, it seemed sacramental marriage (two baptised Christians married in the Church) was required. This left many people very uneasy that many families were being excluded. In fact, most of our families might not fall within this strict criterion. The recent World Meeting of  Families, in Rome, shed light on this.

Plantation System: Historically, the Caribbean family was deliberately fractured in the plantation system. Marriage was discouraged because the planter would face greater opposition if the man were attached to wife and children.

The solution was to sell one off to another plantation. Many times, the planter would rape the woman before the separation. The instance of marriage was much higher among slaves who came from Africa than among those who were born in the region. The Afro-Caribbean family was shaped and formed in the crucible of slavery, violence, rape, and the plantation system.

Matrifocal Family: Social structures are important to understand. They are a model through which we see the world and predict the social patterns that we form. They act on us as quasi actors on the historical stage.

The family headed by a woman with children from several fathers is a social structure in our region. It predated the modern family born out of the sexual revolution by 400 years. It is not a pattern that is easy to break.

When we see it, we should all recognise it as a resilient form of culture building that was resistant to a very brutal social history. If there is moral condemnation, it needs to be to the history of slavery and the plantation system that has thrown up this social structure. But far too often we condemn the survivors who replicate the distress and the pain of the ancestors—the single mothers who have children with several men who usually do not end up as Dads.

Living Together: This structure of family is an evolution since in this configuration the man is present in a stable relationship over many years. He will not marry. Many women who later want to participate fully in the Church find themselves in this situation. The children know their father: there is only one. But he refuses to marry. We looked at these families as living in sin. Now, we need to change our pastoral gaze. These are families on the pilgrimage to the domestic Church. They have not quite arrived yet.

Mixed Marriages: The third social structure surrounding marriage in our region is the mixed marriage, of which there is a high instance. It refers to Catholics who marry other Christians of questionable baptism, or Hindus, Muslims, Baha’is, or Rastafarians.

While these marriages may take place in the Church because of the Catholic partner, they are not sacramental marriages, according to the Church. This, too, we need to see as a higher evolution to the ingrained social structure of the matrifocal family.

Sexual Revolution: Modernity has had its full onslaught on us in the Caribbean and with it the sexual revolution. Now, there is a high instance of Catholics who married and are now separated or divorced. Many of these families are headed by women. But more and more fathers are playing a vital role in this configuration of the family.

Again, the sacramental bond is fractured. Many go onto a new relationship, and some even have long-term commitments the second or third time around. In these families the children of the new union are often baptised and raised Catholic, while the parents do not participate in Communion.

Sacramental Marriage: Of course, we have many families where the spouses, both Catholic or at least Christian, were married in the Church in a sacramental union.

These families, while they have evolved to the structure of grace that the Church proposes, are still on the journey. The health of the relationship is not always what it should be. Often enough these spouses are coming out of other configurations of the family. For them this is virgin territory that they are exploring without a map or a lived experience.

The fundamental question for the pastoral direction of missioning the domestic Church remains: what is a domestic Church? Which of these configurations of family can adequately claim this title?

At this year’s World Meeting of  Families, Gregory K Popcak and Lisa A Popcak delivered the keynote address entitled: ‘The Domestic Church & Synodality: Toward a New Ecclesiology through the Liturgy of Domestic Church Life’.

In their paper, they gave a working definition of the domestic Church which came out of a 2019 symposium that brought together many experts.

It is seen as, “a household of persons united to God and each other through the sacramental life of the Church AND committed to living out the Christian/Trinitarian vision of love in their relationships with each other and the world”.

This definition opens the Church, in a Pope Francis way, to all families who choose to be on the pilgrimage towards achieving the will of God; that these families participate as far as they can in the model of family that has been called the domestic Church.

They begin with a household of persons. This allows for all the configurations of family as discussed earlier. The technical part of the definition is: “through the sacramental life of the Church”.

The definition adds: “AND committed to living out the Christian/Trinitarian vision of love in their relationships with each other and the world.” And is in caps and bold.

Sacramental marriage is not enough. The family also needs to live out the vision of Trinitarian love in their relationships.

By holding to both sacramental grace and Trinitarian love, the working definition confirms that all families that participate in the life of the Church in any way, AND are on pilgrimage to make their family a community of life and love and allow this love to spill out onto the world are already a domestic Church.

Some sacramentally married couples are not domestic Church because they are not fulfilling the AND—the quality of love necessary to be a domestic Church. In some traditional families where there is no sacramental marriage, the AND is very evident—self-sacrificing love.

Begin a conversation in your family: How could we more consciously become a domestic Church?