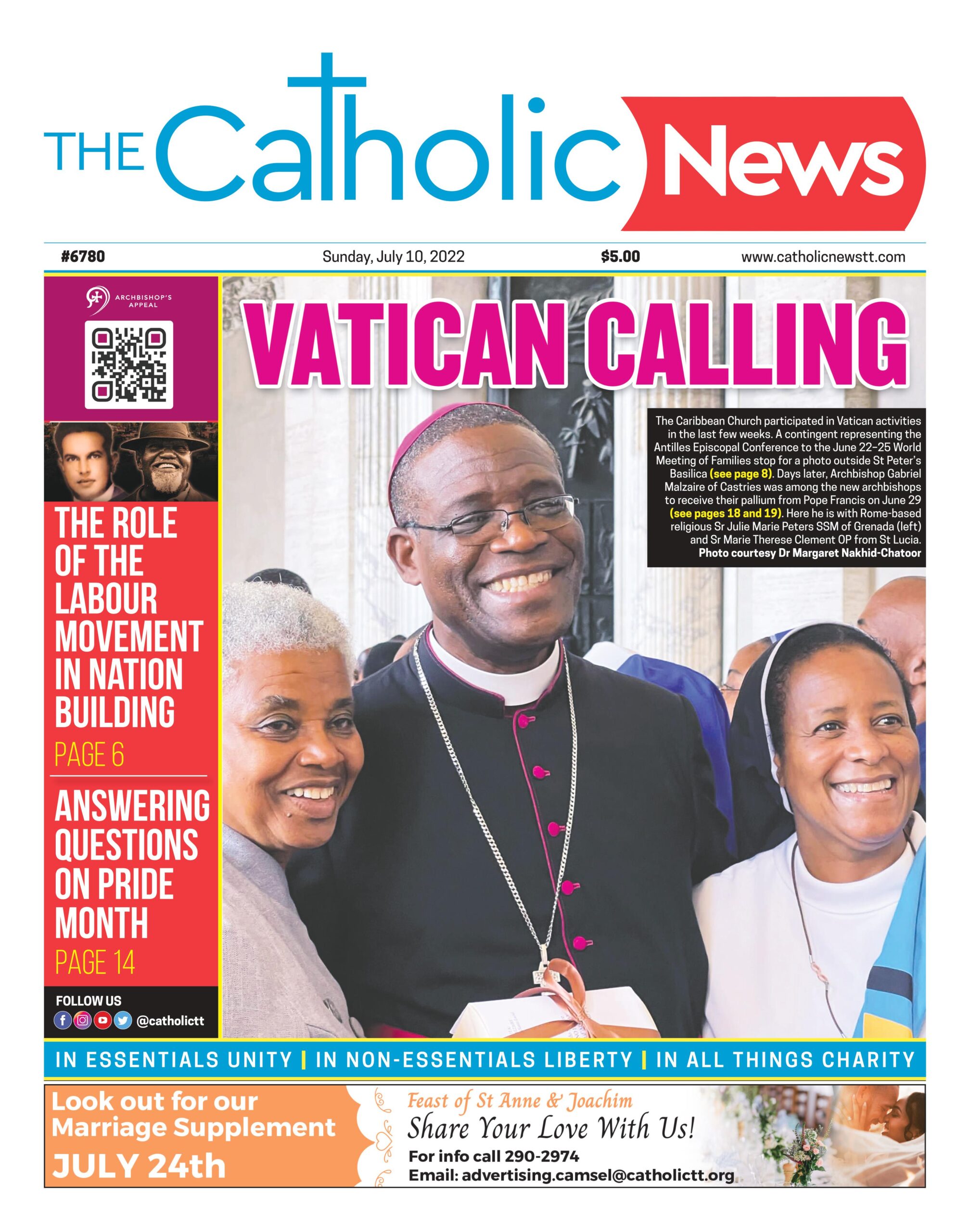 Metropolitan Archbishop Gabriel Malzaire of Castries, St Lucia was among the 44 archbishops from 32 countries to receive their individual pallium at the June 29 Mass for the Feast of Sts Peter and Paul at St Peter’s Basilica, Rome.

In his homily, Pope Francis said, “Brothers and sisters today, according to a fine tradition, I have blessed the Pallia for the recently named Metropolitan Archbishops, many of whom are present at our celebration. In communion with Peter, they are called to ‘get up quickly’, not to sleep, and to serve as vigilant sentinels over the flock. To get up and ‘fight the good fight’, never alone, but together with all the holy and faithful people of God. And as good shepherds, to stand before the people, among the people, and behind the people, but always with the God’s holy and faithful people, since they themselves are also part of the holy and faithful People of God.” In this still image from video, Archbishop Malzaire receives his pallium from Pope Francis, and Archbishop Malzaire (centre) with some members of the small contingent from Castries and other Caribbean dioceses that accompanied him to Rome for the ceremony. Far left is T&T’s Dr Margaret Nakhid-Chatoor.