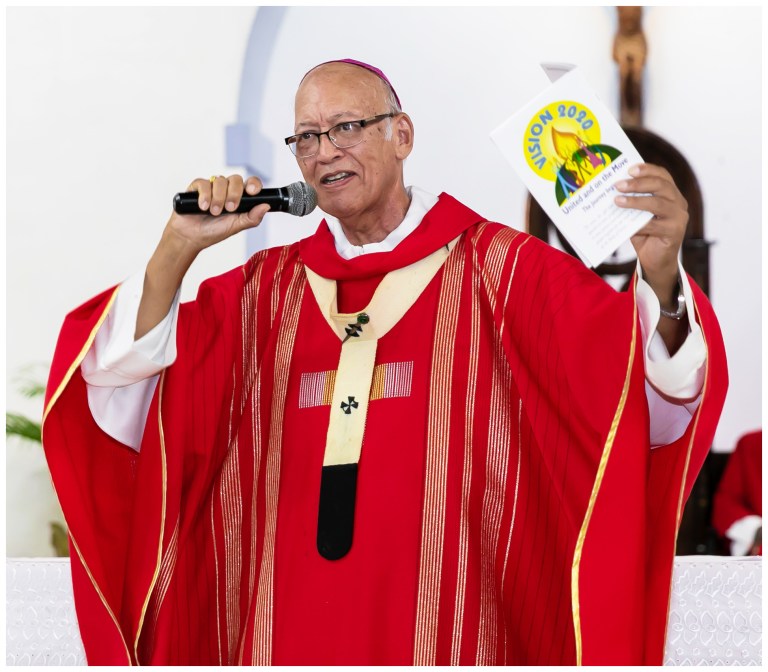 “There is nowhere else I want to be in the world, right now, because you are my first love” was the assertion made by Archbishop Robert Rivas as he celebrated a Mass at the Cathedral of the Assumption in Kingstown to mark his 30th Anniversary of episcopal ordination.

Archbishop Rivas was appointed the first bishop of the Diocese of Kingstown on January 22, 1990 the day Kingstown became a diocese of its own. He has since been succeeded by Archbishop Jason Gordon (2011 – 2016), then Bishop Gerard County, C.S.Sp, the present bishop.