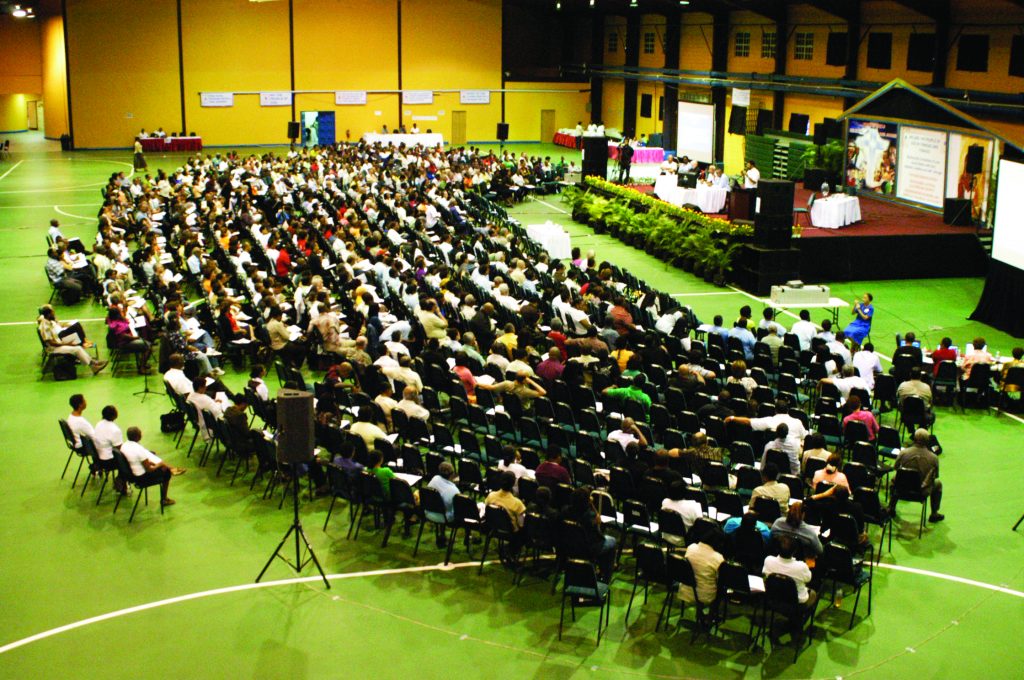 Q: Archbishop Jason, why is the Church speaking synod again?

Shortly after I was installed as Archbishop, a good Catholic said to me: “Archbishop, I hope you are not going to start using the ‘S’ word again”? I was perplexed at the comment. Then I learnt that the ‘S’ word was synod.

For some people it became a bad word. A word that disrupted the Church and had many people talking about things they had not spoken about for a long time.

One of the great contributions that Archbishop Edward Gilbert made to our local Church was the synod. We had three sittings, 2003, 2005 and 2009. Each of these deepened and focused the process and, with it, the direction of the Church in modern Trinidad and Tobago. The synod prepared us to face the big challenges that are upon us today.

I honestly cannot see how we could have evolved as quickly as we did, without the synod process and its disruption and its connecting us with the past.

I remember one moment in the planning process when we debated about the number of participants for a very long time. Back and forth it went, and finally 250 was agreed upon.

When Archbishop Gilbert heard that, he responded immediately, “I want 1000 people at the synod, nothing less”; the matter was settled.

This shift in numbers was very significant pastorally. It broadened the synod to include many who were not at the centre of Church leadership, whether at the diocese or parish level. The added number allowed us to get a more diverse set of views that opened the Church to genuine renewal.

The process was not neat and tidy, by any means; it was unwieldy and disruptive. On the first morning, the synod got away from the organisers and became a free-for-all. It was uncomfortable and emotionally charged.

Archbishop Gilbert pulled the team and a few others into a small session during the break. The process was restored and the work of the participants on the floor was extraordinary.

A way was being forged for the Church in Port of Spain to respond to the signs of the times, as the Second Vatican Council asked her to do (cf Gaudium et Spes, 4).

The document from the International Theological Commission, Synodality in the life and mission of the Church, says: “‘Synod’ is an ancient and venerable word in the tradition of the Church, whose meaning draws on the deepest themes of Revelation. Composed of a preposition συν (with) and the noun όδός (path), it indicates the path along which the people of God walk together. Equally, it refers to the Lord Jesus, who presents Himself as ‘the way, the truth and the life’ (Jn 14:6), and to the fact that Christians, his followers, were originally called ‘followers of the Way’ (3)”.

Besides the Port of Spain synods that I attended, I presided over a synod in Barbados 2014, and one in St Vincent and the Grenadines 2015. My understanding has grown significantly during this time.

In 2003, we saw synod as an event. We had bags, logos on pens, the venue, etc. It was all so new, and the process was not clear. By 2009, we understood that there was a process that needed to be thought through clearly. This was a major evolution.

In Bridgetown and Kingstown, we began the process by speaking of the synod as both an event and a process. We taught the people that the event was one moment in a longer process. That the process was to facilitate people walking together, seeking the mind of Christ for the troubling challenges of our day.

The old proverb is being tested: “If you want to walk fast, walk alone; if you want to walk far, then walk together.” The Church is around till the Second Coming of Christ: it needs to walk far. Having said that, we need to see synodality in terms of the ancient process that the Church used when it came up against its first fundamental challenge of Gentiles wanting to be Christians (Acts 15:1–35).

The elders gathered, they spoke at some length and through a process of discernment, the Holy Spirit pointed the Church in a certain direction.

Then the decision was summarised and agreed upon. Then the message was communicated to the Churches in both Jewish and Gentile areas.

Synod is an instrument of communion; it brings participation and focuses the Church on her mission. What we still must learn is how to do this through a process of discernment as opposed to a democratic process of seeking a majority, which may or may not get you closer to God’s will.

At the heart and core of the synod is discernment. A people discerning God’s will in the face of the contemporary situation.

For a Synodal Church

Pope Francis has called for a synodal Church. Towards this end, he has launched a synod that is intended to involve every Catholic, every family, every diocese, and all episcopal conferences.

This is a true process. The end of the process is to move the whole Church towards synodality. His subtext is communion, participation, and mission. This synod will be launched in the Archdiocese on October 17, 2021, at Sunday Mass. It concludes in Rome in 2023. Your diocese, your Bishop and the Holy Father want to hear from you.

The synod is an instrument used by the Church to foster communion, participation, and mission.

Pray for the success of Synod 2023 and participate in all its activities over the next few months in the Archdiocese.