Bible Animation not a new programme 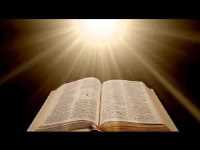 BIBLE ANIMATION NOT A NEW PROGRAMME, BUT MAKING THE WORD OF GOD CENTRE TO ALL MINISTRIES: AEC ABP ENCOUNTER

From October 2 to October 11, 2017, the IX Training Workshop of the Biblical Animation of All Pastoral Life (ABP) took place at the Emmaus Centre in Arima. This Encounter/workshop has been organized by the Council of Bishops of Latin America and the Caribbean (CELAM) and the Antilles Episcopal Conference (AEC). This continuous training is to update the knowledge and practice of   English-speaking representatives of Dioceses of the AEC, to assist them in moving forward with spreading the Gospels and making the Bible a vital and constant presence and guide in the life of the Catholic Church and the people of this region. This training/workshop also enables participants to find a way of making Jesus Christ the centre of their everyday life, building up an intimate relationship with him constant personal and pastoral conversion in order that they can spread the Word of God to all peoples.

There were nine (9) participants from Trinidad and Tobago, one (1) from Haiti, two (2) from Suriname, four (4) from Belize including Bishop Lawrence Nicasio, three (3) from Jamaica, two (3) from Barbados, two (2) from St. Vincent and the Grenadines, one (1) from St. Lucia and (2) from Guyana.  Two (2) were expected from Dominica, but they could not come because of the devastating effects of Hurricane Maria.

Also attending were Fr.  Damian Nannini from Argentina as the new Coordinator of the Bible School of CELAM who oversees ABP in Latin America and the Caribbean, Fr. John Persaud, AEC General Secretary based in Trinidad, Deacon Mike James and Maria Diaz-James of the Catholic Biblical Federation (FEBIC-LAC) based in Mexico, Msgr. Mike Stewart, St. Vincent and the Grenadines, and Fr. Thomas Dynetius of Jamaica. These were our presenters, along with Bishop Emmanuel Lafont of Cayenne, Chairman of the AEC ABP Committee who made presentations via Skype.

All were welcomed on the first day by host Archbishop Harris of Port of Spain, who also celebrated Mass at the Cathedral on Sunday 8th with the participants.

Among the many different topics presented during the Encounter were the History of the Bible in the Church and its History in the AEC Region, Catholic Church Documents on the Bible Dei Verbum of Vatican II, Verbum Domini of Pope Benedict XVI, Laudato Si and Evangelii Guadium of Pope Francis. Bishop Lafont spoke on Evangelization and Lectio Divina and its importance to Evangelization.

One issue stressed time and again during the Encounter is that ABP is about the centrality of the Word of God to all ministries of the Church and, it is not an extra programme or group. Through ABP the Christian is invited into an encounter with the living Word of God in the person of Jesus Christ and is called to be a missionary disciple.

In the words of Pope Benedict XVI in the Post Synodal Exhortation on the Word of God in the Life of the Church, 2010:

“The Synod called for a particular pastoral commitment to emphasizing the centrality of the word of God in the Church’s life, and recommended a greater “biblical apostolate”, not alongside other forms of pastoral work, but as a means of letting the Bible inspire all pastoral work”.

Participants were reminded of the words of St. Jerome: “Ignorance of the Scriptures is ignorance of Christ”, and so making the Bible the inspiration of every ordinary and extraordinary pastoral outreach will lead to a greater awareness of the person of Christ, who reveals the Father and is the fullness of divine revelation.

ABP is asking us to not just read the Bible, but read it in a prayerful manner and living out the Scriptures in our everyday life as we encounter the living Christ in the Gospels and in the people of God whom we serve.

Written by Fr. Gerry Bernier of the Archdiocese of Port of Spain