Racism is a sickness in society—Archbishop Jason Gordon 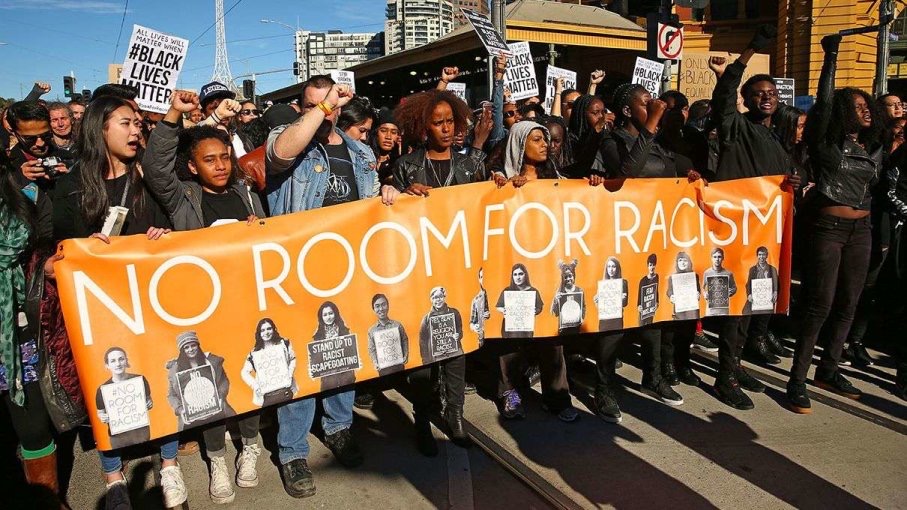 Archbishop Jason Gordon has sounded off on the discussion on racism and the uprising in the United States of America following the death of George Floyd—an unarmed African American who according to an independent autopsy died of “asphyxiation from sustained pressure” when his neck and back were compressed by Minneapolis police officers during his arrest last week.

When you can believe that another human being is lesser because of the colour of their skin, their economic circumstance, or whatever “your little mind” has contorted you to think, I think that “that’s sick”.

“It’s an illness. It’s really an illness that’s at the very heart of a denial, of truth …of reality,” Archbishop Gordon told Jennylyn Gleave, TV producer and host based in California in a virtual interview.

The Archbishop commented that there are a lot of persons of African origin who have done “wonderful” in every sphere of life. He warned persons to stop believing that they are inferior when in fact they have demonstrated “superiority” in character, the way they have treated others and superiority in their conduct.

“So if you want to look at superiority, let’s look at conduct and character and start measuring what real superiority looks like,” he said.

He continued, “And when we die, we all going to face God. And no amount of money you’ve accumulated or degrees or education or status that you have or likes or friends you cannot take where you go when you die.”

He added, if one’s civilisation is treating and perceiving others in “bizarre” and “foolish” kinds of ways, it says something about the civilisation.

“…regardless of the exterior…regardless of what you put on…your status…regardless…every human being comes out to be equal before God. And that equality is something that none of us can erase. We are equal in dignity before God,” the Archbishop said.

Unless people are willing to accept that as a fact, then the rest of civilisation is going to be in “trouble”.

“Because the whole thing of racism is really a thing of illness…I’m saying illness. I’m trying to be charitable…the people who are racist are really prone to an illness. It’s really a mental illness because it is an avoidance of what is absolutely true of the capacity of every single human being to flourish,” he asserted.

And that’s why, he said, when people are “most racist” and claiming to be Christian “sends an alarm bell off in my head”.

“…You can’t say you believe in Jesus Christ and you are going to discriminate against someone. Because the whole gospel is based on one single command: that’s the commandment of love. ‘Love one another as I have loved You….’”.

The Archbishop said there are “enough examples” of people of every race, culture, background who have done amazing things for humanity.

Ultimately, he believed that the “explosions” of racism in America are really a part of a sickness of a society. “It needs a healing. And the healing can’t happen by violence and force. The healing has to happen by the recognition that there is something fundamentally wrong and that every being matters and that’s something that we have to work hard towards because as long as people are allowed to get away with racism…we will never be the society we were created to be,” he said.

And we will always fall short of the glory of God and what God intends for us, he said.