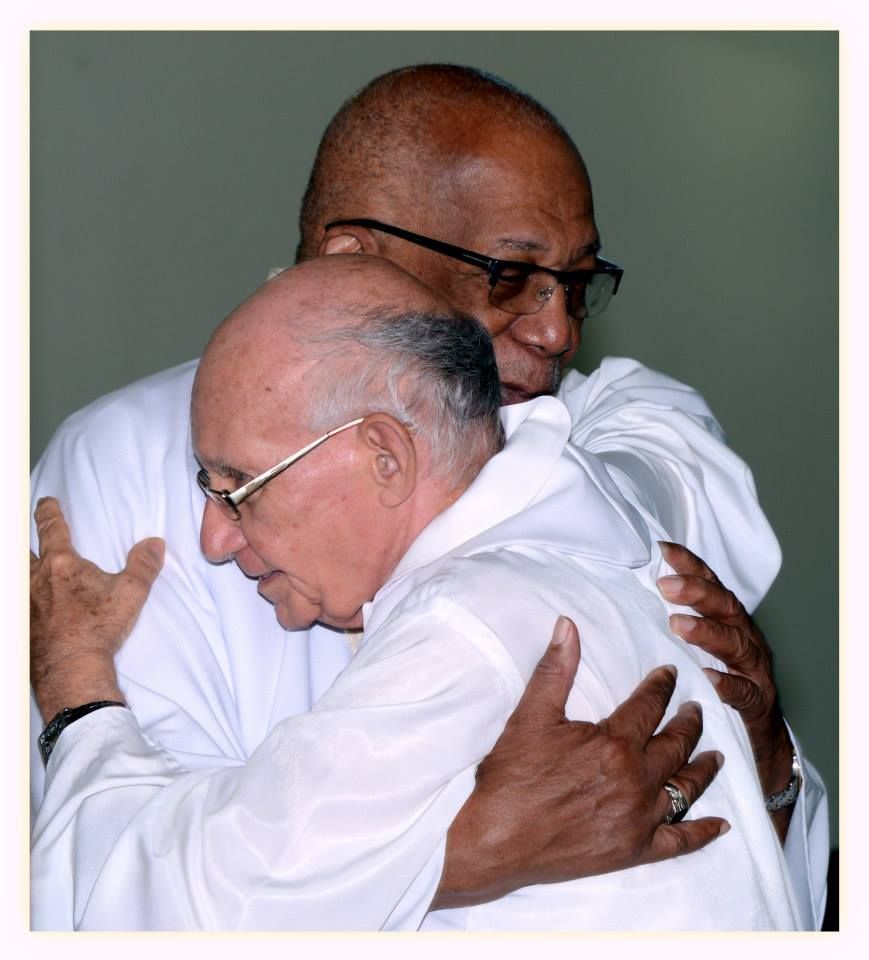 Many descriptions were given of the way Bishop Emeritus Malcolm Galt CSSp lived his priesthood.

‘Salty’ as he was nicknamed, strove always to be a faithful imitator of Jesus, a man of prayer. He was a great confessor, missionary, a simple man, a man of humility.

Archbishop Emeritus Joseph Harris CSSp crystallised Bishop Galt’s qualities: “Malcolm understood what God asked of His disciples at the Ascension, when He told the disciples ‘Go out and make believers of all nations and baptise them in the name of the Father, of the Son, of the Holy Spirit and teach them to observe all that the Father commands.’ He did this by his preaching and the example of his life.”

Archbishop Harris was the homilist at Bishop Galt’s Funeral Mass at the Cathedral of the Immaculate Conception, Port of Spain today Monday, October 24. Galt died October 16 at the age of 93.

The chief celebrant was Archbishop Jason Gordon. There was a large gathering for the funeral with several of the late bishop’s family members present as were clergy, religious and the faithful.

“Malcolm was a great confessor. He understood human nature and he gave people a sense yes, God forgives their sins, but he also encouraged them to find the strength in themselves to avoid sin in the future,” Archbishop Harris said.

He outlined some of Bishop Galt’s history from joining the Congregation of the Holy Spirit to becoming a missionary in Africa, to being Bishop of Bridgetown and Superior of the Spiritans.

Archbishop Harris said, “From priests who were with him in Africa, they tell you that Malcolm was well loved, as well loved as he was loved in all the parishes he attended here in Trinidad and Tobago.” He added that parishioners were sorry when then Fr Galt was moved to another parish. He was a good Superior who “looked out for everyone” and took decisions which were not liked but done for the good of others.

There were anecdotes showing Bishop Galt’s wit, like when he was speaking to young people in Bridgetown during the AIDS (Acquired Immune Deficiency Syndrome) epidemic in Barbados. He encouraged the youth about living a chaste life of celibacy to avoid the virus. A young man responded that sex was like water, needed for life. Bishop Galt replied, “I must be dehydrated.”

“That was Bishop Galt, always finding the truth but also giving it in a way that did not offend the people but doing it in a way people understood just what he was saying,” Archbishop Harris commented. After Barbados he went to Bequia, St Vincent and the Grenadines for about eight years.

Archbishop Harris told of a man who during his retirement period was always willing to say ‘yes’ to service, “always thinking of what he could do to help”. He did Masses in parishes without priests and presided at Confirmations. In concluding, he said, “We say goodbye to him now, but we live in the hope that one day he will meet us when the Lord calls us to Himself.”

In an interview with Catholic News, two of Bishop Galt’s great-nephews described him. Richard Freeman called him a “living saint” whose life was selfless, dedicated to his community and priesthood, “to the end”.