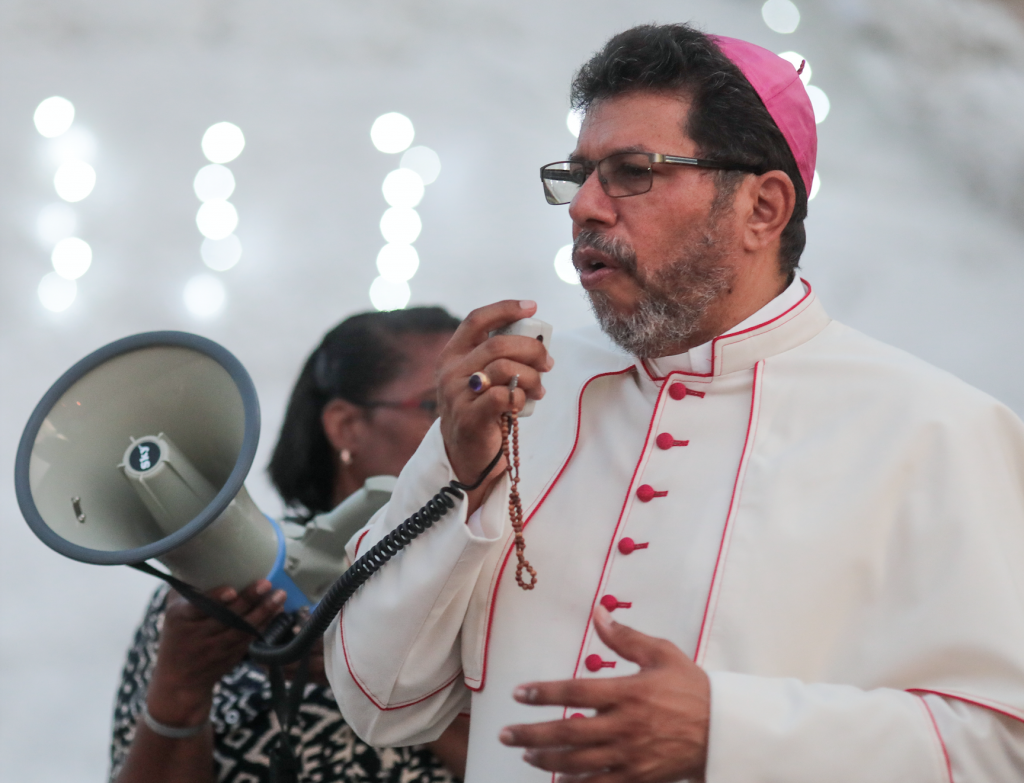 Archbishop Jason Gordon said it is difficult for him when persons are uncharitable to Pope Francis and ascribe to him motives that they could not obviously see.

In his homily at the Living Water Community Chapel Port of Spain, Wednesday October 28, Archbishop Gordon responded to criticisms levelled against Pope Francis from comments attributed to him in the documentary ‘Francesco’. Some have interpreted the translated statements, in which the Pope speaks about pastoral care to persons identifying as LGBT, as supporting same-sex relationships and marriage.

Archbishop Gordon said, “What the Holy Father is saying, all he is saying is this: human beings need legal protection.” He added, “Once we start thinking about it from the perspective of sex there is a problem. If you think of it as human beings cohabitating, that is different.” He pointed to [heterosexual] cohabitation laws in the Caribbean stating when the laws were enacted there wasn’t the response “but they living in sin how could we enact a law for people to live in sin”.

He put forward the questions: “Does it mean we condone what is being done? No; Does it mean we are saying now homosexuality is fine and good? No; Are we saying people who are in sexual unions are virtuous and living exactly what Christ has asked? No”. Archbishop Gordon said the Church was also not saying that co-habitational heterosexual relationships was living as God asked.

He clarified further, “what we are saying [is], here are human beings that need a certain kind of protection. Why? Because inheritance and power of attorney are two things people come to need without even seeing sometimes because it is so sudden.”

He highlighted that the Catholic Church has a tradition which evolves, develops and sheds new light on the subjects of the day. “She leads the whole people of God to a depth in charity, a depth in clarity and a depth in love for God”.

The apostles and their successors have continued to reflect on the teaching of the Church and helped people to understand and live what the gospel means in different times. “Different dimensions of the gospel emerge clearer and clearer.”

They have forged and shaped the Church as she faced new challenges not seen before. Archbishop Gordon said Jesus was not faced with nuclear threat or a global economy in which there are “super billionaires” and mass poverty.

He reminded of a time when visiting the home of a divorced or remarried family member was not allowed and for a Catholic to marry someone of another faith they had to convert.

Archbishop Gordon made it clear that the Church was not supporting “everything” but that everyone deserved charity, love and dignity because they are human beings. He recounted a time of tension in the 1960s when the late Archbishop of Port of Spain Finbar Ryan OP attended the Second Vatican Council and grew disenchanted with Pope Paul VI. The Pope went on an ecumenical pilgrimage in Rome and prayed at a non-Catholic site. Archbishop Gordon said Archbishop Ryan “could not find it within himself to participate” because he believed the Catholic Church was the only true Church and “everyone else was in utter error”.

There was an “incredible shift” with the Second Vatican Council because the Holy Father and Council brought new light to the relationship between the Church and people of different religions. Archbishop Gordon cited John 10:16,” And other sheep I have, which are not of this fold: them also I must bring, and they shall hear my voice; and there shall be one fold, and one shepherd.” Many bishops, the Archbishop said, did not support the Pope and Council.

“History has borne us out and now we can see those who could not go with the Pope, were themselves closed and locked into an era of a time that had gone by and were unable to hear the new things the Gospel was speaking.”