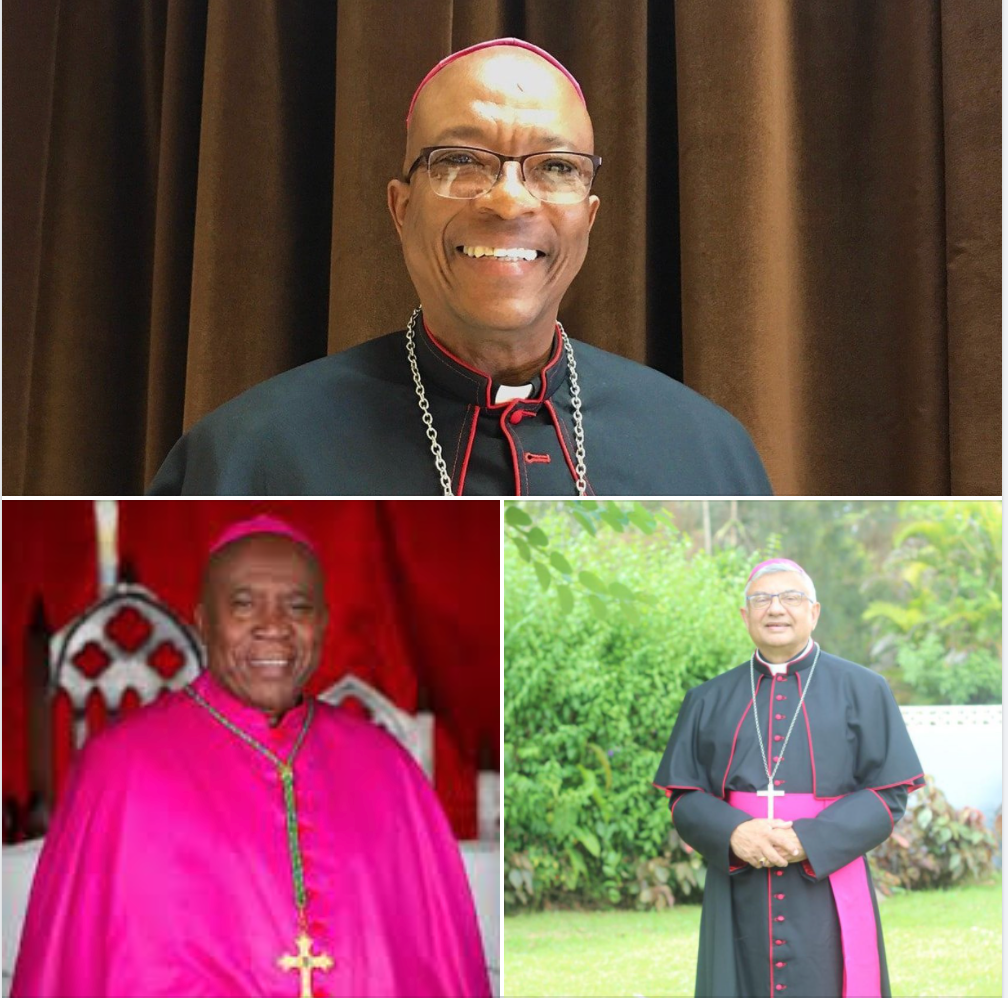 POPE FRANCIS IS NOT APPROVING SAME SEX BEHAVIOUR OR THE LEGAL RECOGNITION OF HOMOSEXUAL UNIONS AS EQUIVALENT TO MARRIAGE.

The press has reported on an interview that Pope Francis had in connection with a documentary that is being done on his life. We wish to state very clearly that we have not seen or heard the reported interview and therefore cannot speak to what has been reported in the media.

However, we know the Holy Father through his writings and his life, based on these interactions we make the following comments:Pope Francis has over the years acknowledged the reality that same sex unions exist. He has always expressed the teaching of the Church that all persons by the fact that they have been given the gift of life by the Almighty possess a dignity that no one or no power can take away. States have sought to guarantee within their legal systems and laws the rights of human persons which flow from their God given dignity.

The comments being reported in the press therefore has to be seen within this context: persons who are involved in same sex unions do not lose their human dignity and their rights. This would especially relate to entitlements following a broken partnership. The laws of a State should always seek to protect and guarantee all its citizens their rights.

AGAIN, THIS IS NOT A SANCTIONING OF SEXUAL RELATIONS BETWEEN PERSONS OF THE SAME SEX. THIS IS NOT SANCTIONING SAME SEX UNIONS AS EQUIVALENT TO MARRIAGE OR COMMON LAW UNIONS!

Of course, the problem and real fear is that so many of us are unruly and do not submit to restrictions and boundaries, such that accommodating provisions and exceptions are perceived as licenses. This is the challenge in view of disordered human behaviour where some persons may interpret legal support as license for same sex “sexual activity” which is contrary to the Scriptures and Church teaching.

Adultery: In previous decades persons were imprisoned for adultery as a crime. Adultery is now decriminalized. Decriminalizing such behaviour is not licenses for infidelity that invariably destroys trust, breaks up some marriages, families, and causes psychological harm to spouses and children.

Decriminalization and legal provision do not sanitize and remove the immoral nature of unethical behaviour.Those who break the law, even grievously by committing murder, do not lose their dignity. Society is obliged to make legal provisions for their rights.If within a family, a child or sibling declares he/she has homosexual propensities, such a person has a right to be part of the family, the Pontiff says, “They still remain children of God and have a right to a family.

Nobody should be thrown out, or be made miserable because of it.”Pope Francis has never sanctioned same-sex marriage. From what is being reported, the documentary on his life seems to refer to the pastoral approach necessary when dealing with complex realities. Hence, in the topic of discussion, what provisions can be made for persons who are at the risk of alienation and being taken advantage of by a person with whom they had a “partnership”.

When the Catholic Church takes a pastoral approach to deal with the complexity of weaknesses acted out in human behaviour, this is not to be taken as condoning sin, vice, and deviant behaviour.

Christians must give consideration to what Jesus Christ would demand of us. Jesus’ own approach to the sinner was always mercy. Recall Jesus’ response when it was customary to stone women caught in adultery, “Let the one among you who is without sin be the first to throw a stone at her” (Jn 8:7). “I do not condemn you”, said Jesus. “Go away, and from this moment sin no more” (Jn 8:11).It is to be remarked that comments made in an interview are not official Church Teaching.

The Church teaching remains that “there are absolutely no grounds for considering homosexual unions to be in any way similar or even remotely analogous to God’s plan for marriage and family” (Pope Francis, Amoris Laetitia 251).We pray for our Holy Father and await further clarifications from the Holy See.