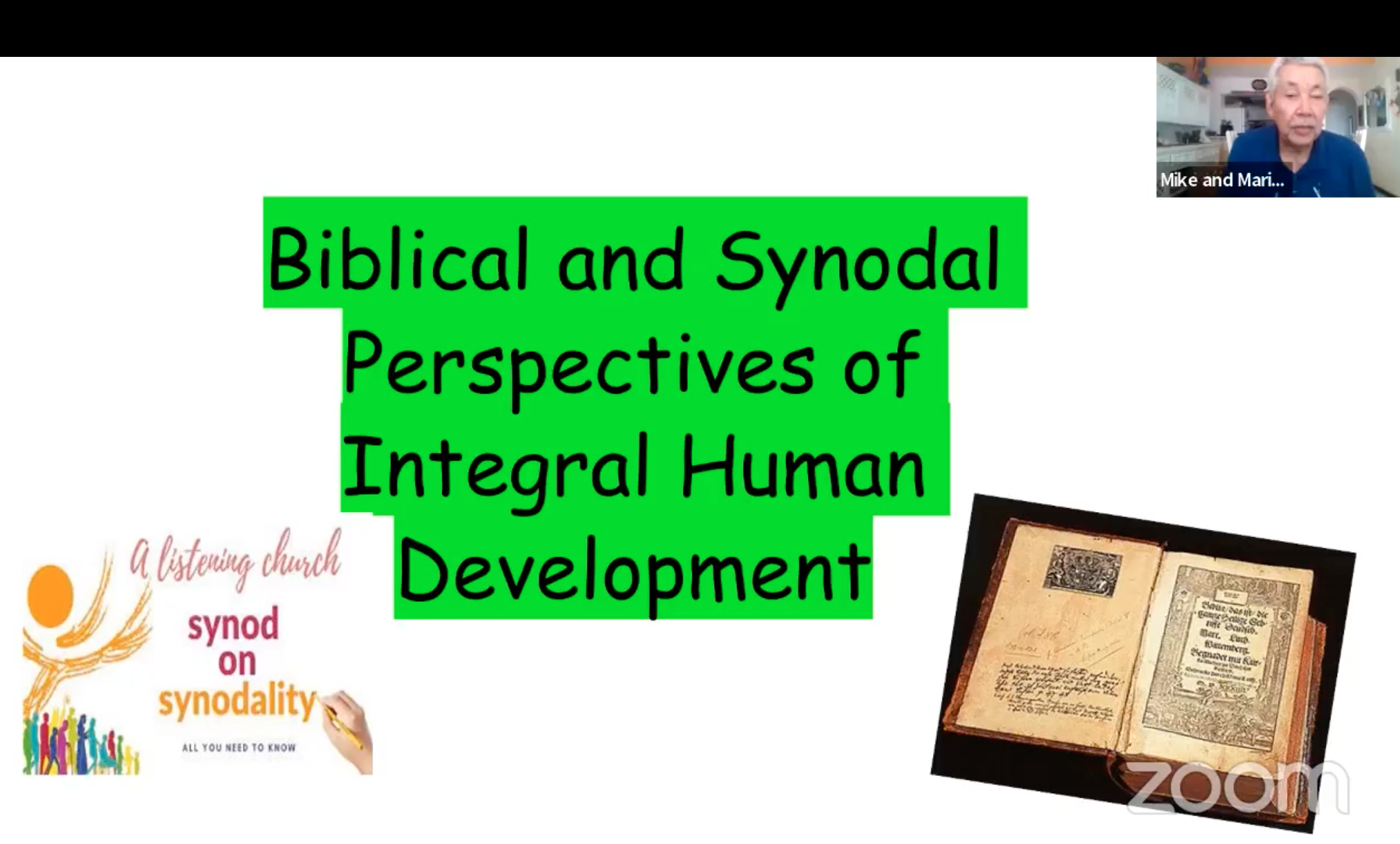 Webinars, such as the Antilles Episcopal Conference’s (AEC) ‘Introduction to Integral Human Development’ (IHD) can become part of the efforts by the AEC to promote synodality in the Caribbean Church.

Guyana-born Deacon Mike James shared this perspective during his PowerPoint presentation on ‘Biblical and synodal perspectives of Integral Human Development’ Wednesday, September 7 via Zoom. Also presenting was Fr Matthew Ragbir on ‘Formation of the human conscience.’

Wednesday’s online seminar was aimed at introducing the concept of integral human development in the region and to provide opportunities for faithful to become more involved in Church.

Commenting on the latter, Rev James acknowledged “we still hear from some circles that the Church should keep out of politics. But no… …politics refers to polis, the Greek word for population…the people…and our Church and our God is very much involved in us as humans,” he said.

Citing the Holy Father, Rev James underlined that all ought to consider that human life should function as a “symphony”. “He said our life should be that of an orchestra that sounds good, but only if the different instruments are in accord and follow a score shared by all.”

Rev James said that the Holy Father is “very involved” in the need for economic and political change. He referred to the Pope’s concept that a good economic policy creates jobs, it doesn’t eliminate them.

“We can have a theory of development that says ‘look, the better the system, the less people we employ, the more profits we make, and [Pope] Francis says ‘no…true development means jobs, access to education, health should be integral to everybody’…that’s our goal. Not just for some people to have….”

Rev James asserted, “it’s not only material things, but out social, psychological equality and our ability and our need to reach out to those who are suffering

loneliness, the old…it’s an integral human development in the wider sense that culture and development is much more than simply economic development.”

Pope Francis, Rev James highlighted, speaks “strongly” on issues such as the values of the world that tells society to seek money, power, whereas God says to seek humility, service, and love “and that is what will make us happy”.

He asked, “who is the example of the most fully integrated person?” According to Rev James, Pope Francis reminds us that this person is Jesus. “In all acts of God, in acts of healing, reconciliation, liberation, He showed the depth of His humanity and that humanness lived out in its fullness showed how close He was to God.”

Rev James commented that sometimes person think the closer they get to God, the less human they get, and they become divine. So, how do we know and follow Jesus?

Responding to this question, Rev James shared that at the end of the Vatican Council in 1965, the bishops, in Dei Verbum declared, “the sacred synod forcefully and specifically exhorts all the Christian faithful….to learn the surpassing knowledge of Jesus Christ” (Phil 3:8) by “frequent reading of the Divine scriptures, for ignorance of the scripture is ignorance of Christ…..If we don’t encounter Christ in the gospel, we cannot say that we know Him.”

The Bible, James said is the by far the most popular book in the Caribbean. Yet, he opined, it is also undeniable that among the 75 per cent majority of Protestants, Evangelicals and Pentecostals, familiarity with Bible texts is much more common than among Roman Catholics.

“Why is this so?” James questioned. “Why is it, if the Word of God is so important to us… we have given it over to the Protestants?”

Pope Benedict XVI, at the opening address for The Aparecida Document (AD 247) said, to know and follow Jesus “we must train people to read and meditate on the Word of God” so that this must become their staple diet, so that through their own experience, the faithful will see that the words of Jesus are spirit and life.

Rev James added, “The AEC itself took this very seriously” by committing to making the Word of God a priority for the new evangelisation in the region.

Wednesday’s online seminar was moderated was Lawrence Lachmansingh of the Georgetown diocese.

The majority of participants, 33 of the 89 registrants, represented the Archdiocese of Port Spain.