Archbishop: Faith is caught, not taught 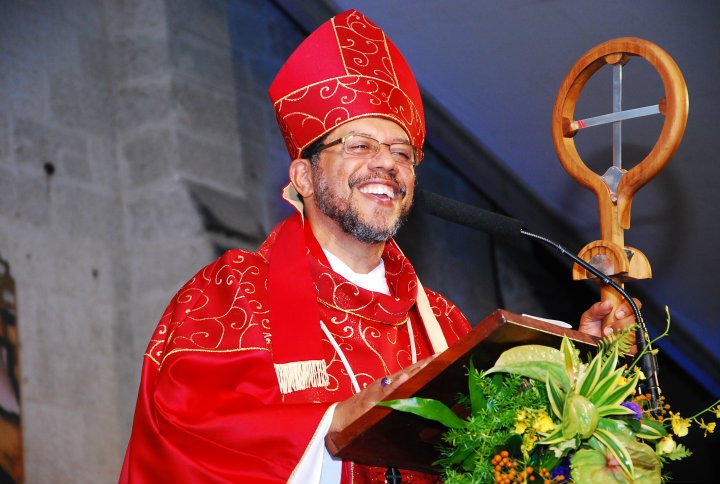 “Faith is caught, not taught”. This was the message from Archbishop Jason Gordon to the religious teachers and catechists of the Catholic Education Board of Management (CEBM).

“Who did you learn or ‘catch’ your faith from?” was the question posed to the group of teachers gathered on Thursday, September 8.  The Archbishop noted that this time is marked by a change in era for the catechist.

He reminded the teachers of their fundamental and critical role of the catechist – the handing down of the living faith to the next generation through the passing on of a joyful encounter with Jesus Christ.

“The catechist’s task is first and foremost to hand on a living faith to this generation and to the next. There is no substitute to this primary task. It begins by facilitating an encounter with Jesus Christ. Without this encounter as a centrepiece of catechetics and, I dare say, the life of the Church, we will build on shifting sand and not on the solid rock that is Christ.”

The origin of the catechist is an ancient one, mentioned in the early passages of the New Testament, “some people God has designated in the Church to be, first, apostles; second, prophets; third, teachers.”

The journey that the catechist leads each of our young people on is very significant. “This missionary cycle is a continuous process of encounter and conversion always leading to deeper discipleship, communion, and more focused living of the mission. Through this cycle the person moves from a neophyte who needs accompaniment, to a missionary disciple who accompanies others.”

And, he remarked, the call is clear for each of us to focus on our own formation, especially in the role of encounter, ministry, and conversion of our community.

“… the missionary character of contemporary catechesis and its ability to secure adherence to the faith on the part of catechumens and those to be catechized in a world in which religious sense is obscured must also be underlined: in this dynamic there is an acute awareness that catechesis must have a catechumenal style, as of integral formation rather than mere information; it must act in reality as a means of arousing true conversion (Directory for Catechetics 18).” —DHD