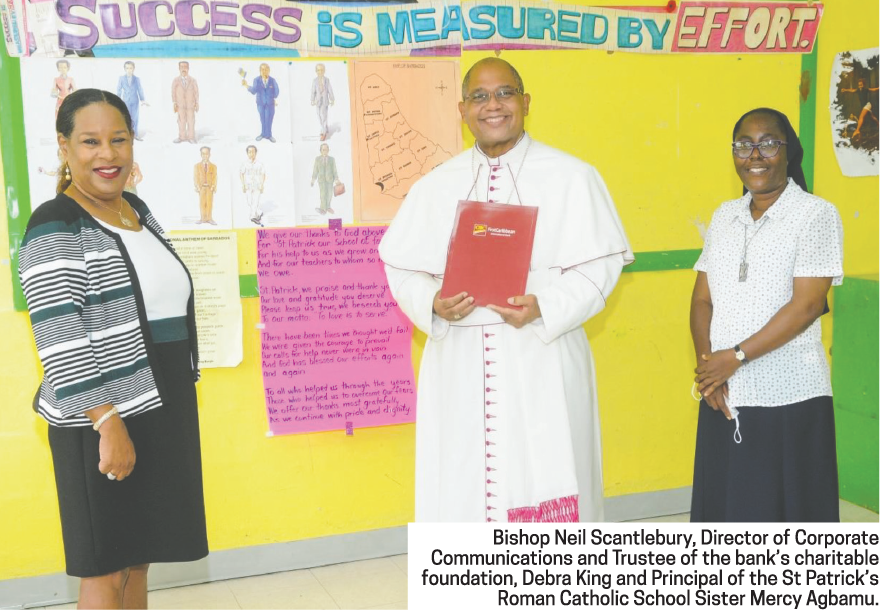 When former Executive Chairman of CIBC FirstCaribbean, Michael Mansoor passed away in 2014, the bank he helped found in 2002 and led until his retirement in 2013 wanted to do something meaningful to keep his memory alive. In 2014, at a memorial service following Mansoor’s passing, the bank announced that it would commit a minimum of Bds $200,000 – $20,000 per year for an initial 10 years – for the provision of scholarships to children at the St Patrick’s Catholic School in Barbados, which was also extended to the St Francis School for boys a few years later.

In making this year’s presentation of funds to the Roman Catholic Bishop of Bridgetown, Bishop Neil Scantlebury, April 11, Director of Corporate Communications and Trustee of the bank’s charitable foundation, Debra King, spoke of Mansoor’s contribution to the bank and to the development of his native Trinidad and Tobago, and the Caribbean in general.

She noted that he spoke often of the value of a good education and of his gratitude for the quality of his own primary and secondary education, which gave him his start in life.

According to a release from the bank, Mansoor excelled academically at Barataria Boys’ RC, a school run by the Catholic church in Trinidad, after which he was awarded a College Exhibition to St Mary’s College, Port of Spain, Trinidad.

The release said Mansoor distinguished himself academically, and in the business, publishing, accounting and the financial services sector, before retiring in December 2013.